To share your memory on the wall of Brian McDaniel, sign in using one of the following options:

He attended Webbers Falls High School. He met and later married Janie Toney and they had one son, Justin McDaniel. Brian was a carpenter, painter and millwright. He was just an all around hand. Early on in life, he had a passion for bull riding and he enjoyed watching his son compete in rodeos.

He loved to fish, hunt and being outdoors. You could often find him sitting under a tree, taking what one would call a nap, but he would say, I was just resting my eyes. He was a true outdoorsman, one that could live off of the land. Most of all, he loved his family, friends and especially his sons, nieces and nephews.

Ole “Bri Dog” had a sense of humor like no other. He could make you laugh even if it wasn’t always intentional. He had a big heart and was genuinely loved by everyone.

He was preceded in death by his dad Jerry McDaniel, niece, Leslea Ford and husband Jason Ford. Grandparents Otho and Lilly McDaniel and Frank and Geneva Sanders.

Funeral services will be 2:00 pm Saturday June 12, 2021 at the Assembly of God Church in Webbers Falls. Interment will follow at Gum Springs Cemetery south of Webbers Falls under the care and direction of Lescher- Millsap Funeral Home. Viewing will be on Friday from 9:00 am to 7:00 pm at the Agent Millsap Event Center in Gore.
Read Less

To send flowers to the family or plant a tree in memory of Brian O'Neal McDaniel, please visit our Heartfelt Sympathies Store.

Receive notifications about information and event scheduling for Brian

We encourage you to share your most beloved memories of Brian here, so that the family and other loved ones can always see it. You can upload cherished photographs, or share your favorite stories, and can even comment on those shared by others. 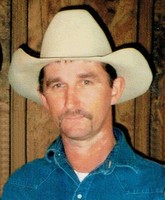