To share your memory on the wall of J.C. Lord, sign in using one of the following options:

Provide comfort for the family by sending flowers or planting a tree in memory of J.C. Lord

Provide comfort for the family by sending flowers or planting a tree in memory of J.C. Lord

J.C. was very proud to be the first in his family to earn a High School Diploma from Nathan Hale High School in Tulsa, OK. After High School he enlisted in the Navy serving in the Vietnam War aboard the USS Loftberg.

During his service he married Sarah Morse and to this union was born a son Charles Jackson Lord. At the end of this union and upon his honorable discharge from the Navy, J.C. met the love of his life on a blind date. J.C. married Ester Jane Myrick on November 26, 1965 and to this union two daughters were born, Janette Clarice and Johna Sue.

After J.C.’s honorable discharge from the Navy, he worked for a few years for McDonald Douglas as a boiler room maintenance man before beginning his 30 year career with Public Service Company of Oklahoma, starting out as a lawn maintenance man and working his way up ending his career as a Working Foreman on a line crew. J.C. is best known for his willingness to always take a call out. He once told his family, “I think about the older people and children without power and it is my job to get their lights back on, ”The year of J.C.’s retirement was possibly the only time in his career that he was not “high man” on overtime.

J.C. loved coaching his daughters in softball. Taking Johna’s team to Nationals was a great achievement and one he was extremely proud of. It was not unusual for J.C. to work all night on an outage, leave work long enough to coach one of the girls in a game, and then return to work to finish the job. He never missed one of their games.

J.C. is preceded in death by his father Luther Jackson Lord and his mother Dora Elizabeth Mustoe, two brothers, L.J. and Jerry Lord.

J.C. will always be remembered for his love of children and extraordinary work ethic.

A memorial service will be held at 10 am Saturday, May 29, at Lescher-Millsap Funeral Home located at 2801 Chandler Road in Muskogee with Reverend Darren Riddle officiating. There will a graveside service in Jet, OK at a later date.
Read Less

To send flowers to the family or plant a tree in memory of J.C. Lord, please visit our Heartfelt Sympathies Store.

Receive notifications about information and event scheduling for J.C.

We encourage you to share your most beloved memories of J.C. here, so that the family and other loved ones can always see it. You can upload cherished photographs, or share your favorite stories, and can even comment on those shared by others.

Linda & Eddie McElroy, Scott and Kim Campbell, and other have sent flowers to the family of J.C. Lord.
Show you care by sending flowers 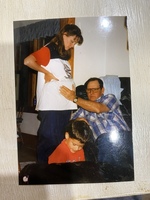 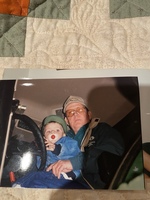 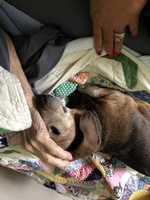