To share your memory on the wall of Richard Brown, sign in using one of the following options:

Dick drove a big truck and enjoyed... Read More
Richard L. "Dick" Brown, 88, of Muskogee, was born January 4th, 1933 in Allen, Oklahoma, the son of James and Sarah (Tillery) Brown. He passed from this life on Sunday, February 21st, 2021 in Muskogee.

Dick drove a big truck and enjoyed being around big trucks so much that he passed the legacy down to younger generation. Dick was a partner of Big B trucking. He would spend time out in the garage working on his truck or tinkering with the lawnmowers. When he wasn't spending time in the garage he was in the kitchen. Dick could cook some of the best chicken and noodles one has ever had. He like to bake and would cook pie after pie after pie. Blueberry was his favorite. Dick was a very polite man and he was well like by everyone that met him.

Funeral services will be held at 2:00 pm Friday, February 26th, 2021 at Lescher Millsap Funeral Home. Interment will follow in the Greenhill Cemetery.

To send flowers to the family or plant a tree in memory of Richard Lee Brown, please visit our Heartfelt Sympathies Store.

Receive notifications about information and event scheduling for Richard

We encourage you to share your most beloved memories of Richard here, so that the family and other loved ones can always see it. You can upload cherished photographs, or share your favorite stories, and can even comment on those shared by others.

Colton and Rachel Archer sent flowers to the family of Richard Lee Brown.
Show you care by sending flowers 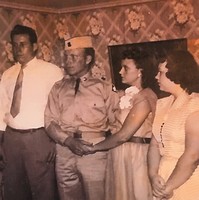 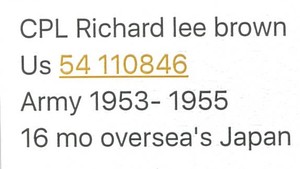